All content gets translated to communicate. Whether verbally, visually, by bodylanguage or through music or any combination of them: translation happens.

Language exists in many forms. The most used and cultivated in education and the western society is verbal language. There are many reasons to believe that verbal language is not always adequate. According to scientific investigations almost 55% of what we emotionally try to communicate in a conversation is communicated through facial expressions and gesture. (Albert Mehrabian [Nonverbal Communication (Chicago: Aldine-Atherton, 1972)]. Mehrabian found that only about 7 percent of the emotional meaning of a message is communicated through explicit verbal channels. About 38 percent is communicated by paralanguage, which is basically the use of the voice. About 55 percent comes through nonverbal, which includes such things as gesture, posture, facial expression, etc. It is behavior other than spoken or written communication that creates or represents meaning.) Music and fine art have played a huge role in communication throughout history. Nowadays the image is playing a bigger role due to technological development. The younger generations grow up with more images than ever before.

Formal language is learned before verbal language. It is learned the hard way: objects are hard or soft, warm, hot or icecold, sharp or thump, agressive, pleasant, harmonic, organic etc. Of course colour and texture play an important role too. Seeing is feeling with the eyes, or hearing, or tasting if you want. This fact (that shapes communicate information) is, apart from some local differences, quite universal. Verbal language originated out of formal experiences. The classical test out of the gestalt psychology, maluma-takate, proves this synaesthetical experience. Artists and designers intuitively use this formal language to communicate content. Art critics describe art in these verbal terms that relate to formal characteristics. In our research we saw a tremendous opportunity to bridge the gap between verbal content and formal representation.

Computers too use language. Zeroes and ones as language elements: machine language programmers call this. Programming languages are made to translate this to a more human language. What is essential is the fact that you can approach a computer through language. The big disadvantage for a computer is that he has no life, and intelligence is learned through experience. To learn experience you need a self-consciousness and well... they do not have that. You could try to build enormous databases, which is a tremendous job, and then again, what you put in there is fixed as well as what you do not put in there... Worldwide cooperation (like WordNet) could eventually solve this gigantic task but then again... An interesting article: Can Computers Think? by Mitchell Waldrop.

An ant hill consists out of thousands of dumb(?) elements (at least this is what we assume as a superior animal). Despite this you could call the whole intelligent. Without a central brain the hill takes decisions and executes tasks. If we would use this as a model for a computer to operate, then maybe we do not need a self-consciousness? Maybe small and simple modules could perform specific functions and take intelligent decisions for the whole?

Consciousness or a whole lotta data?

To replace our experience (where the ideas come from) we might give the computer access to an enormous source of (not only verbal but mainly) data. Google and Yahoo are already powerful search bots and through this the computer has access to more information then we ever will be able to grasp. By smart searches, a combination of content related to formal language, a computer might make intelligent decisions?

To test this concept we developed 'Prism'. The program (in python) knows only a set of colors, defined as HSB values (Hue, saturation and brightness). A second list with formal language elements is used to test the search results and to make decisions possible. The lists knows some universal concepts of color such as what are warm and cold colors, what is dark and light, soft/hard etc. The lists are not exhaustive at the moment and more research is necessary. The first results are very surprising in the positive way. The colors the computer proposes are almost always acceptable and very close to art student proposals that we use as a reference. In the Gallery you can watch some of the results. 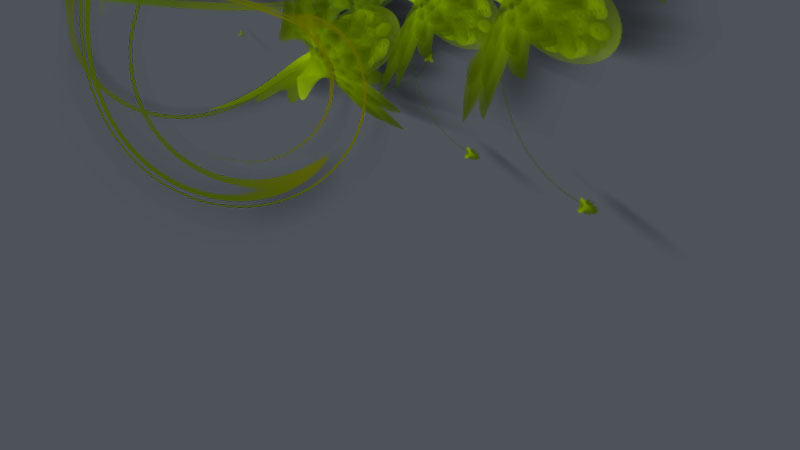